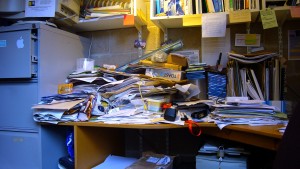 Where has my computer gone – blueshed.com Solutions

Ceo had a problem with his computer not loading his profile. Turns out the profile is 90 gig. Usual afair desk is in a mess, broken iphone, had to step over the files on the floor to get to the desk. Main concern was that he might have to configure his itunes again.

Now you can see that with the iphone intunes is going to be standard on the desktop.
Or at least the managers laptop. I even knew an it person who was still buying lots of cd’s.

I keep joking when I get asked what is software is needed on the SOE. With the adoption of the iphone this is probably more true than ever.

I had a stand in IT manager contract role which was more like a system admin role really. Recuitment consultants, only for six weeks over Christmas while the guy went back to the family in New Zealand. Treated me very well and the xmas party was unfortgetable for mostly the right reasons. I know it was the holiday season but the only issues I seemed to get was iTunes issues. This was long before the apple store had ever been invented.

I didn’t think I knew apple that well but as always was happy to help. Move forward now and iTunes and apple are still there, and the problems still exist. I don’t argue with the wife much at all but reseting the apple id for the family for facetime is a divirce bring on. If anyone can get folders and albums set up on my ipod then please do get in touch

Please do not hesitate to call 0488 877 433 if you need technical support or any further information. "Advice is always free"